The trans diverse communities in the five countries studied (Botswana, Namibia, Zambia, Zimbabwe, and Swaziland) represent a remarkable constellation of communities characterised by extreme vulnerability because of their intersectional location as among their countries’ most excluded – unemployed or criminalised, susceptible to disease and despair, targeted for sexual assault and hate crimes, and cut off from education, housing, health-care, sports and social activities, and many the basic benefits of citizenship and amenities of society. Download the Trans Diverse Africans Situational Analysis Report here And yet trans diverse people are possessed of remarkable strengths in terms of their survival skills and tenacity in overtly hostile environments where because of having to either face social erasure, or are actively persecuted as a group that “should not” exist. The power of trans diverse agency should not be underestimated, as two remarkable examples will make clear: a) although many members of the trans* community who answered this survey have experienced prejudice in, including expulsion from, their childhood homes, 38% of those surveyed started their own families; and b) although many trans diverse persons experienced prejudice in, including expulsion from, school, fully 18% of those surveyed completed tertiary education – higher than the national average in at least three of the countries surveyed. However, a total policy vacuum regarding the existence, nature and needs of the trans diverse community mars all the countries studied. This invisibility not only allows for blanket ignorance to reign among officialdom and the broader populace, on the one hand disabling trans persons’ ability to access ordinary (and specialised) health-care and legal remedies, while on the other hand enabling casually vicious discrimination up to and including violent hate crimes and police home invasions (the latter experience restricted to Zambia). Even the protections that the trans diverse supposedly possess under constitutional equality/human rights legislation appears to fall away in most real-life circumstances. This work was kindly funded by Ford Foundation. 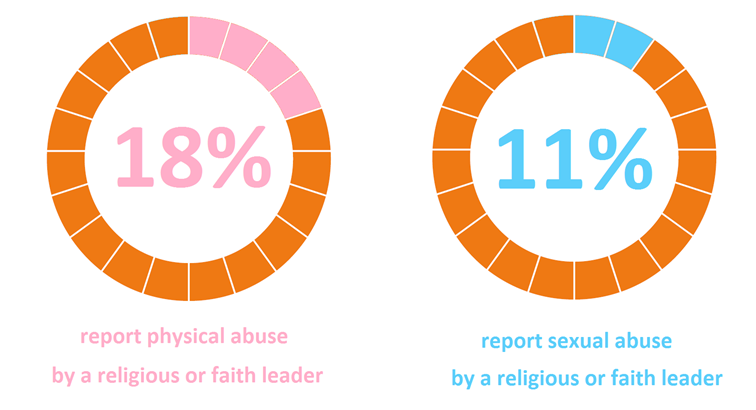 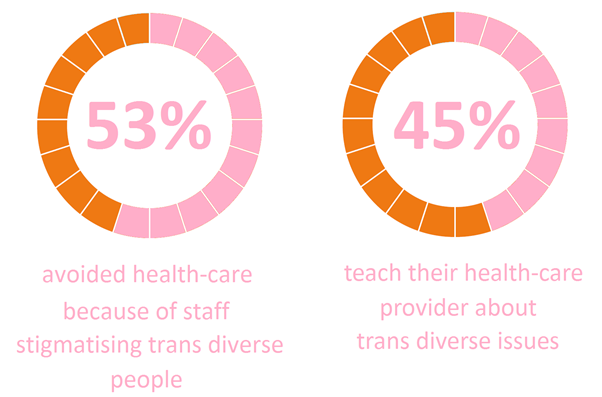 There appears from the study to be a simple and brutal equation to this prejudicial exclusion (note: as the paragraph on agency above demonstrates, this does not apply to all trans diverse people, but is a very common experience): ● Lacking identity documentation aligned to their preferred gender, trans-diverse persons experience extreme discrimination at school, at church, and in other social settings at the hands of their peers who are ignorant of and uncomfortable with their gender identity; ● Facing active discrimination from family and church leaders – who are likely to sexually molest many trans diverse people – their experience finally drives trans diverse people out of school before completion of their studies, and also out of home (another key site of sexual abuse); ● Trans diverse people are at a permanent disadvantage against former peers in seeking work in that we are underage, underqualified, can’t progress further in their studies, and cannot secure basic documents such as a driver’s license (a significant minority of those few that manage to secure work are likely to experience sexual harassment at work, or to lose their jobs as a result of their gender identity) so most of them wind up unemployed; ● Lack of education, employment, plus official and societal discrimination against the trans diverse usually means we cannot access housing and wind up on the street, which drives them into underground subsistence activities including petty criminality and especially sex-work in order to survive; ● That demi-monde existence in turn makes them even more vulnerable to abuse by members of the public and the police (including arbitrary assault, arrest, and detention), to substance abuse and self-harming behaviour including suicide attempts, and to disease including but not limited to STIs, HIV/Aids, TB and viral hepatitis; so ● Ill and in desperate need of medical attention and psychological assistance (not to mention hard-to-get hormones and almost unreachable transitional surgery), the trans diverse turn to the health-care system – but encounter yet more ignorance, prejudice and even abuse. This cascade of horrors has its source in ignorance: the state’s ignorance leads to a lack of progressive policies and the lack of gender-appropriate identification in order to access services, especially health-care; while societal ignorance leads to widespread discrimination, abuse and even hate crime. So, as will be seen, there is an urgent need in all four countries to fill in the policy gap, starting with an extension of the Key Populations interventions to include trans diverse communities, and so by doing so enable the legal recognition and human rights protection of those communities, starting with enabling the trans diverse to apply to have their foundational identity documents altered to reflect their preferred gender, so that all other related documents such as drivers licenses and passports reflect the change. This legislative reform needs to be allied with a pro-active educational campaign among health-care professionals, police and magistrates/judges, Church/religious leaders, and the broader society. Further policy reforms should involve enabling non-prejudicial access to health-care, psychological support, transitional hormones and surgery, and other elements necessary for the restoration of the communities to the mainstream of the population, albeit with specialised concerns. The dismantling of official exclusion and invisibility and of unofficial prejudice and abuse should mark the start of the rehabilitation of the trans-diverse communities from the underworld of their societies to full, normal and active citizenship.

The purpose of the research

Globally, stigma, discrimination and violence towards persons who are trans* diverse is very high. The situation for trans diverse people is dire on an international scale but perhaps even more so in Africa where in recent years we have a backlash against improving rights for trans diverse people. The criminalisation, marginalisation and discrimination against trans diverse people extends beyond mere law making and extends to moral policing, restrictions of bodily autonomy and the abuse of basic human rights. These oppressions of trans diverse people and their allies, has also been aimed at broader society particularly civil society organisations (CSOs), health service providers and rights organisations who advocate for greater inclusivity and equality in society. African society as a general rule still holds conservative views around gender and sexuality. Violence against women and children is a major issue on the continent which stems from deep gender inequalities and a patriarchal culture which control’s (especially) women’s sexuality and sexual and reproductive health and rights. Very strict gendered and sexual norms exist which are heavily policed by society. If these norms are transgressed, there are often severe consequences, particularly for same-sex practicing and gender variant people. Scare tactics are often used in conjunction with untruths about sexual and gender diversity. This situation results in African society being held hostage to discriminating ideas, and keeps Africans in a state of fear of any person who is sexually or gender diverse. The following common arguments and untruths are used and spread through some churches, mosques through the media, religious leaders and political leaders. These arguments and untruths are common and deeply entrenched and drive violence, stigma, discrimination and the exclusion of same-sex orientation and gender variant people from African society. These arguments are used by African leaders as leverage as they collude with religious parties and the media to hold African society hostage and to not ‘deviate’. It also legitimises stigmatising and discriminatory behaviour by Africans against sexually diverse Africans. These behaviours are not just exclusion but also include violence, sexual violence and murder. In this way a patriarchal society is maintained and protected. Gender DynamiX engaged AAI to assist with a situation analysis on the barriers that trans diverse persons in Africa face in accessing health-care, with specific focus on the intersections between legal and policy frameworks that create and maintain these barriers, for 5 countries in Southern Africa, Botswana, Namibia, Swaziland, Zambia and Zimbabwe. The report aims to allow for comparisons between the countries while painting a sub-regional picture, using the AAI Scorecard format. The objective of this report is to improve the ojective and subjective understanding of the trans diverse experience in Southern Africa, and to improve the long-term security, especially in terms of health, of the LGBT communities’ resident there. Members of the Development Team Zimbabwe - Ricky Nathanson: Sexual Rights Centre Zambia - Daniel Kakoma: Trans Bantu Zambia Zambia - Foster Chibwe: Friends of Rainka Botswana - Sputla Refilwe Mogorosi: Rainbow Identity Association Botswana - Mpho Tekanyo: HER (Health Empowerment Rights) Namibia - Deyoncé /Naris: Outright Namibia Lesotho - Lieketso Dk Kokome: Peoples Matrix Swaziland - Melusi Simelane and Veli Madau: Rock of Hope South Africa - Immaculate Mugo, Tshepo Kgositau, and Tahila Pimentel: GenderDynamiX AAI - Phillipa Tucker and Michael Schmidt