This week South African President Jacob Zuma said that teenage mothers and fathers should have their new-born babies taken away from them and they should be sent to Robben Island to finish school before they see their children again. 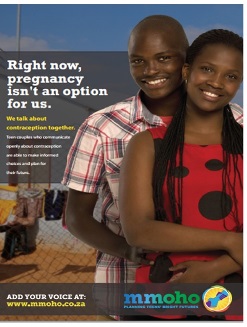 On Tuesday, while addressing the National House of Traditional Leaders, Zuma repeated, by way of reference, shocking comments he first made in 2009 saying that teenage mothers should be separated from their babies until they finished their schooling. “They must be taken and be forced to go to school, far away,” he was quoted as saying by the South African Press Association (SAPA), “They must be educated by government until they are empowered and they can take care of their kids; take them to Robben Island or any other island, sit there, study until they are qualified to come back and work to look after their kids.”

The President’s comments are of deep concern because it indicates that he assumes that all teenage pregnancies are unwanted – by the young women themselves or their families when in reality this is not true. Sending young mothers “far away” would be a direct violation of their human rights under the constitution and stigmatise them and their families and their children. Zuma’s comments encourage a weakening of social and family bonds by tearing babies away from their parents rather than strengthening them. In a country with as serious an HIV burden as ours, Zuma also makes no mention of the risks to young people of having unprotected sex and becoming infected with HIV or other sexually transmitted infections that can even become life threatening and life altering, nor of the importance for schools and government to provide easy access to contraception. Most troubling is that Zuma’s statement is about owning and therefore deciding on the lives, bodies, sexualities and reproductive choices of girls. The fact is that young girls have sexual and reproductive rights that are to be protected and advanced, and that should not be ruled over – not by their families, the president, men, boys, or anyone else.

Early and unintended pregnancies are caused by gender-based violence and gender inequality, poor access to contraceptives, lack of provision of termination of pregnancy services, and the stigmatisation of young women’s sexuality. Other contributing factors include a wish to prove they are fertile, a fear of adults’ punishment, peer pressure, worries about confidentiality and pressure from the male partner.

A better way to respond to South Africa’s teen pregnancy rate would be to acknowledge that there are a lot of complex and varied reasons and solutions to this issue. Effective and appropriate preventative measures for unwanted pregnancies among young women and adolescents need to be provided by government, including information and access to a variety of contraceptive measures through youth-friendly and trained clinics are vital in lowering teenage pregnancy rates. Government, civil society and other organisations are already collaborating in Mmoho, a nationwide advocacy campaign that seeks to reduce the occurrence of unplanned teenage pregnancies. By using a positive rights-based approach, Mmoho aims to openly talk about teenage sex and pregnancy, and advocate for increased access to contraception for young women and men.

Government also needs to educate parents and guardians to play their role in educating and discussing sexual and reproductive health issues with their children – both boys and girls. Male involvement programmes should also be made available so that boys and men also are held responsible and are given the information they need.

President Zuma’s comments correctly place an importance on education yet performance by government on quality education delivery is failing massively. “If we want youth to stay in school, we should improve schools and education provision” says Czerina Patel of Sonke Gender Justice, “Also, President Zuma should be removing the barriers that prevent pregnant teenagers and teen mothers from staying in schools – this includes stopping schools from kicking out pregnant teens or otherwise failing to provide facilities and mechanisms that support teenage parents when they want to finish school and raise their children.”

Yumnah Hattas, Senior Researcher at AIDS Accountability International, responded, “Every child from grade R to grade 11 and older should have access to comprehensive sexuality education and information in and out of schools to help them make better informed decisions about their sexuality and this should be backed up by services provided to them in a non-judgmental and supportive environment that is rights based and encourages the better development of these children.”

The President also contradicts his own government’s efforts, showing no responsibility and accountability to the decisions made within his own ranks, rather publicly espousing values which are not in alignment with those of the country.  Indeed, just two weeks ago, the National Adolescent Sexual and Reproductive Health and Rights Framework Strategy (NASRHRFS) was launched by government and it is a progressive, informed and clear strategy for dealing with this issue amongst others that affect youths.

The South African government, the religious sector, civil society and even business have invested significant time and money to destigmatise teenage mothers (and fathers) in our country and to educate, inform and create high quality dialogue around this issue in our country. President Zuma’s remarks only serve to derail the progress that is being made.

In short, we affirm the rights of South African youth to education and also to keep and raise their children, and we find it disturbing that President Zuma chose to pit these two rights against each other.

We, South African civil society, are therefore requesting that, as a public servant to the South Arican nation, that the President immediately, retract his statement and correct the stigmatising, harmful and rights-violating position he expressed this week.

Civil society is available to assist him in sending accurate and informed positive messages that speak to family cohesiveness and which openly talk about sex, sexuality and health with youth.

Endorsed by the following individuals and organisations: