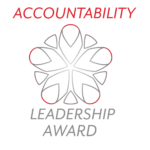 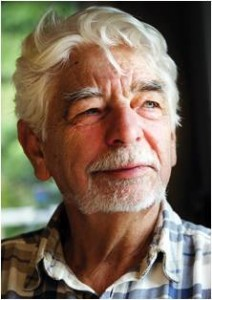 The AIDS Accountability Leadership Award is presented to persons who play an exceptional role in promoting accountability in the international response to HIV/AIDS.

Professor Lars O. Kallings has shown a long term commitment in pointing out the lack of leadership and accountability as a major obstacle in improving the global HIV/AIDS response. After many years of experience within the fields of HIV/AIDS, Professor Kallings emphasizes this standpoint in his book “The uttermost plague - The book on AIDS”;

“Governments must [...] be put under pressure and held accountable via independent investigation and by making public information about how they carry out the measures they have undertaken to realise and how they have spent the funds put at their disposal by the world community. What is needed is a world opinion which will make governments answer for their omissions that have led to suffering and death for millions of people. The glow of repressed anger must flame up – in a forceful global movement that will jolt the world." Lars O Kallings, The uttermost plague-The book on AIDS

This perspective and convincement also lead him to support the establishment of AIDS Accountability International. Professor Kallings has given an inspirational example through his own acting how a policymaking leader can make a change, and transform words and commitments into action. AAI is therefore honoured and proud to extend our deepest gratitude and congratulations to the 2009 Award laureate!

•    Nominations will be reviewed for the quality and impact of the candidate's service contributions.  Successful nominations will demonstrate a sustained and/or enduring contribution to accountability in the health response.
•    Nominations can focus on an important body of service contributions over a significant period of time, or one particularly influential contribution.  The award generally is given to an individual, but can be awarded to a small group of individuals in a case where the contribution is fully shared among them.
•    No one person or organisation may win the award more than once.
•    Self-nominations; The AAI Leadership Award is a peer-recognized awards, and therefore, self-nomination is not permitted.
•    Current members of the AAI staff and board; any former or current AAI staff member or board member cannot be nominated for the AAI Leadership Award.
•    Posthumous awards: Nominations of known deceased persons shall not receive consideration.

For questions on the above, please contact Phillipa Tucker at phillipa @aidsaccountability.org