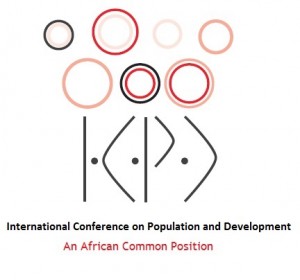 Re: Submission of the Civil Society Organization (CSO) African Common Position (ACP) on the International Conference on Population and Development (ICPD)

We, the undersigned 342 civil society organizations and individuals wish to submit to you the CSO African Common Position on ICPD.

This document contains a set of recommendations aimed at the African Union Commission and Africa’s national governments so as to address population and development issues on the African Continent in the ICPD+20 review process.The ACP on ICPD reflects and includes perspectives, recommendations and expertise of African stakeholders.

To date, AAI has received 222 signatories representing 342 CSOs from 42 African countries and 16 non-African countries reflecting the endorsement and support of the content of the ACP and its content thus signifying how substantially the document reflects the recommendations of key stakeholders in a variety of areas of population and development, including but not limited to:

1.    Human rights: including a) Demography and population growth; b) the Inclusion of all vulnerable people; and c) The roles of duty-bearers and rights-holders.

2.    Accountability, transparency and good governance: including a) Reporting on progress; b) Quality of data; and c) Dialogue between government and Civil Society Organizations (CSOs).

3.    Implementation: including a) Budget allocation and spending; b) Building African capacity; and c) Leadership and national ownership.

4.    Future forward approach: including a) The use of innovative technologies; b) Quality and acceptability of services and commodities; and c) The protection of the population’s human rights.

In response to the ICPD Programme of Action (PoA), the African Union Commission (AUC), AAI and the African Population Commission (APC) worked together to develop the African Common Position Paper on ICPD+ by means of Regional Consultative Meetings in Johannesburg and Dakar in 2012 attended by various CSOs.  Subsequent to the development of the CSO-ACP, a second round of consultation was completed through E-consultation which generated recommendations from over 70 African experts in line with key themes within the document.  On completion and adoption of all these recommendations and input the ACP underwent the CSO endorsement generating 342 CSO sign-ons.

It is anticipated that this document will make an important contribution towards steering policy and implementation at the African Regional Conference on Population and Development this September in Addis Ababa.  It is at this meeting that the Ministers in charge of population will review and adopt the continental report on ICPD+ 20 African Common Position.

Upon approval the final version of the continental report on ICPD + 20 ACP will be taken to the United Nations General Assembly in New York in 2014 at the ICPD Review as the principal document that reflects the African Common Position of both governments and civil society on ICPD as we go forward.