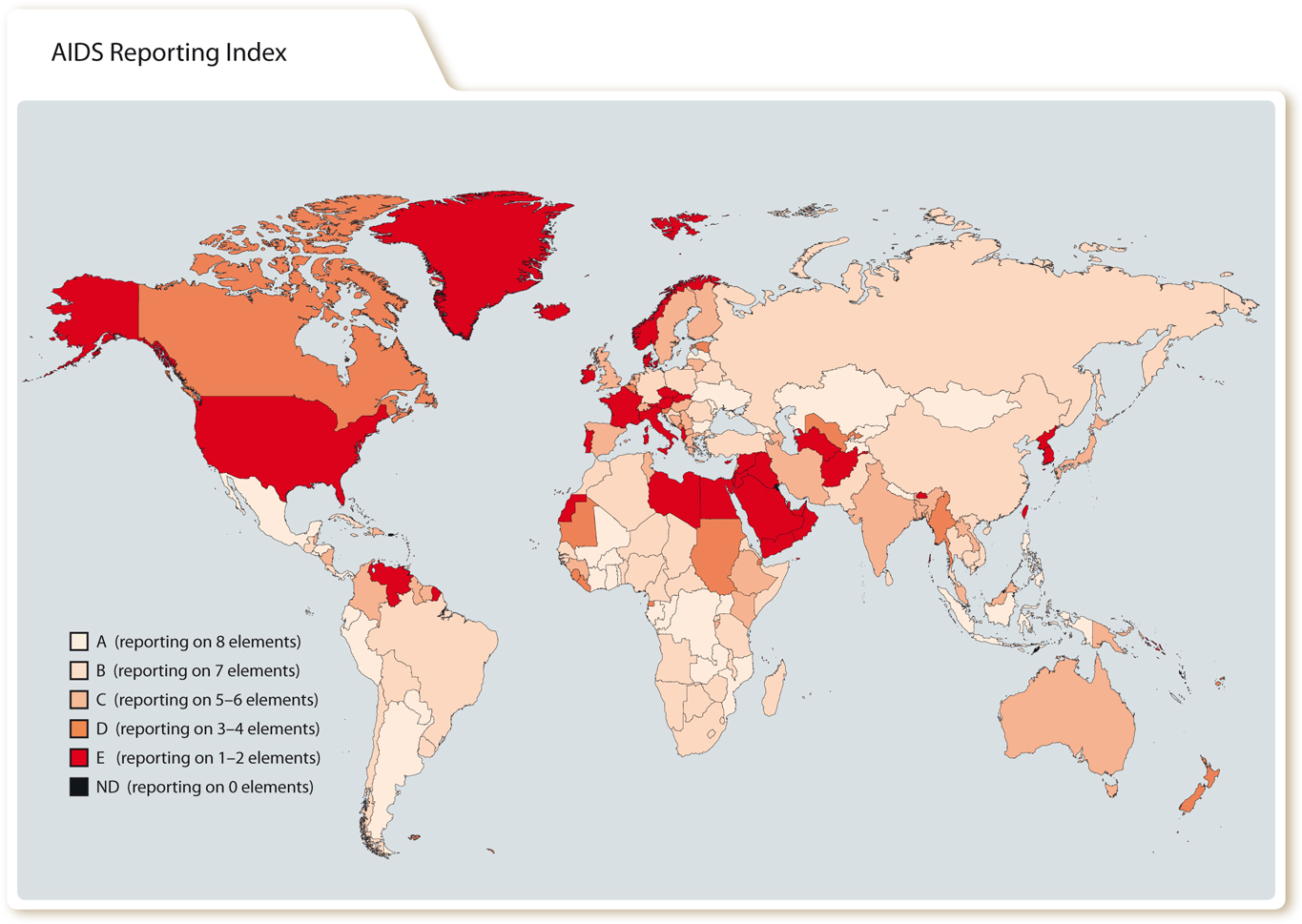 This index rates countries according to the number of elements for which they reported no data at all. A widespread lack of transparency is one of the key factors hindering accountability for commitments made under the United Nations Declaration of Commitment.  Assessment of performance cannot occur unless countries provide all the requested data.

Read more about this element was calculated

The overall mean score on the reporting index is three, meaning that countries, on average, failed to report any data at all on three out of the eight elements. But there is much variation between the sub-groups of countries. On average, high-income countries failed to report on five elements, the lowest level of reporting. Countries with generalized epidemics are found towards the top of the rating index, with an average reporting failure of only one.

Global monitors of AIDS refer to the ‘red countries’, meaning the hyperendemic countries in Eastern and Southern Africa that show up in dark red on UNAIDS’s maps of global HIV infection rates. The AAI map of AIDS Reporting is the inverse of the global infection map – high-income countries with low-level or concentrated epidemics appear in deep red, due to their poor reporting.