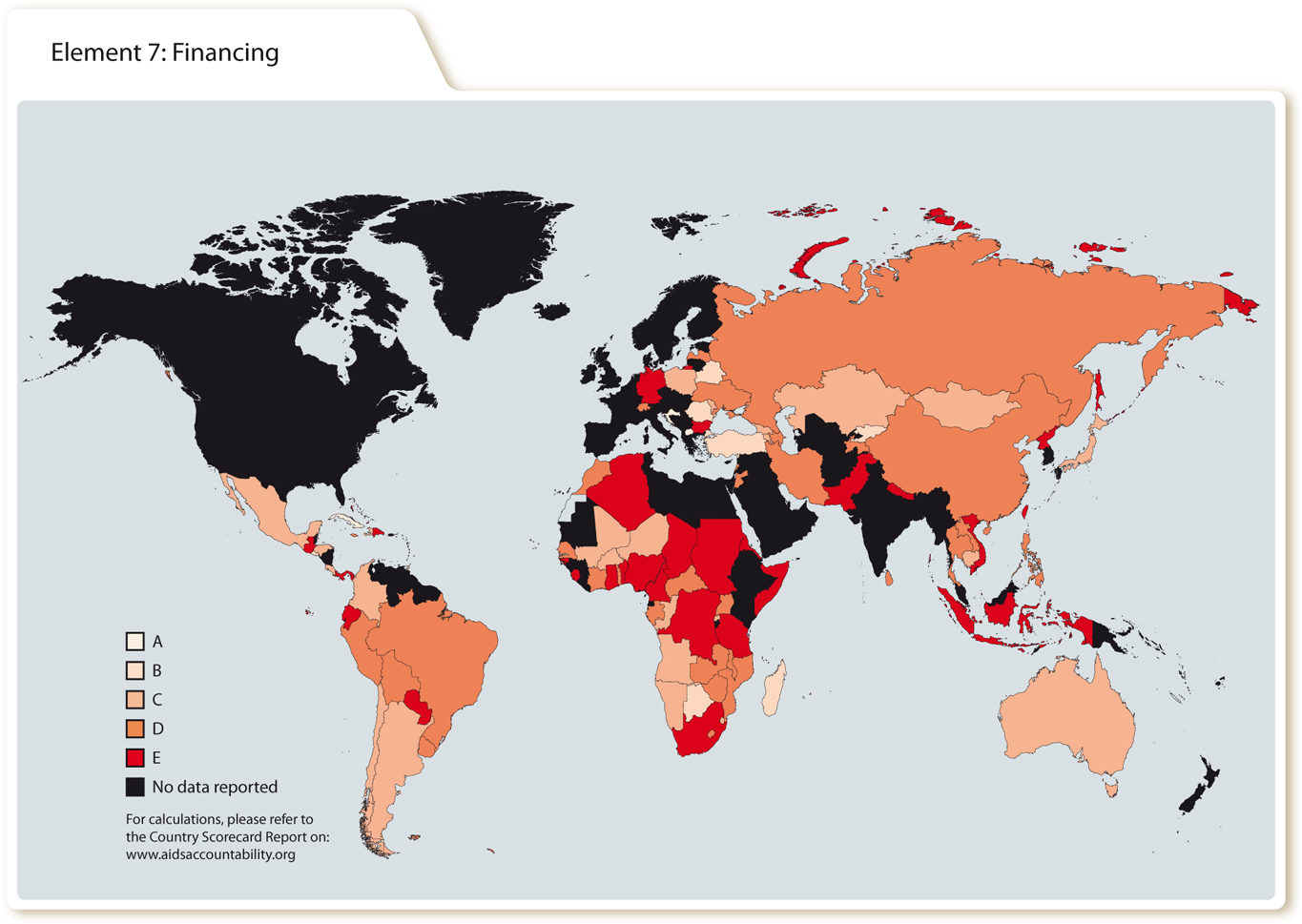 This element captures the level of financial resources that are invested in the response to AIDS.  The commitment and effective utilization of funds is considered to be a cornerstone of an effective response to AIDS. The score for this element is the mean of three figures: (1) the total expenditure on the response per person living with HIV; (2) the total expenditure on HIV prevention per person living in the country; and (3) domestic expenditure on HIV per person in the country as a proportion of Gross National Income.  The first two figures include both donor and domestic funding.

This element has the second lowest overall mean score. As would have been expected, there is a strong positive association between this element and ARV coverage (element 3) in middle-income countries, and an even stronger association in countries with generalized epidemics – as countries with stronger funding can afford higher treatment coverage.

The poor reporting on this element is problematic in light of the principle adopted in the 2005 Paris Declaration that developing countries should themselves determine how donor funds are spent.  While this self-determination of how funds are allocated for local needs is considered to be a central element of effective national responses to the epidemic, this principle can only help strengthen the quality of governance more generally if the usage of funds is reported appropriately. The fact that spending on AIDS is so poorly reported does not bode well for the effective use of the available funds.