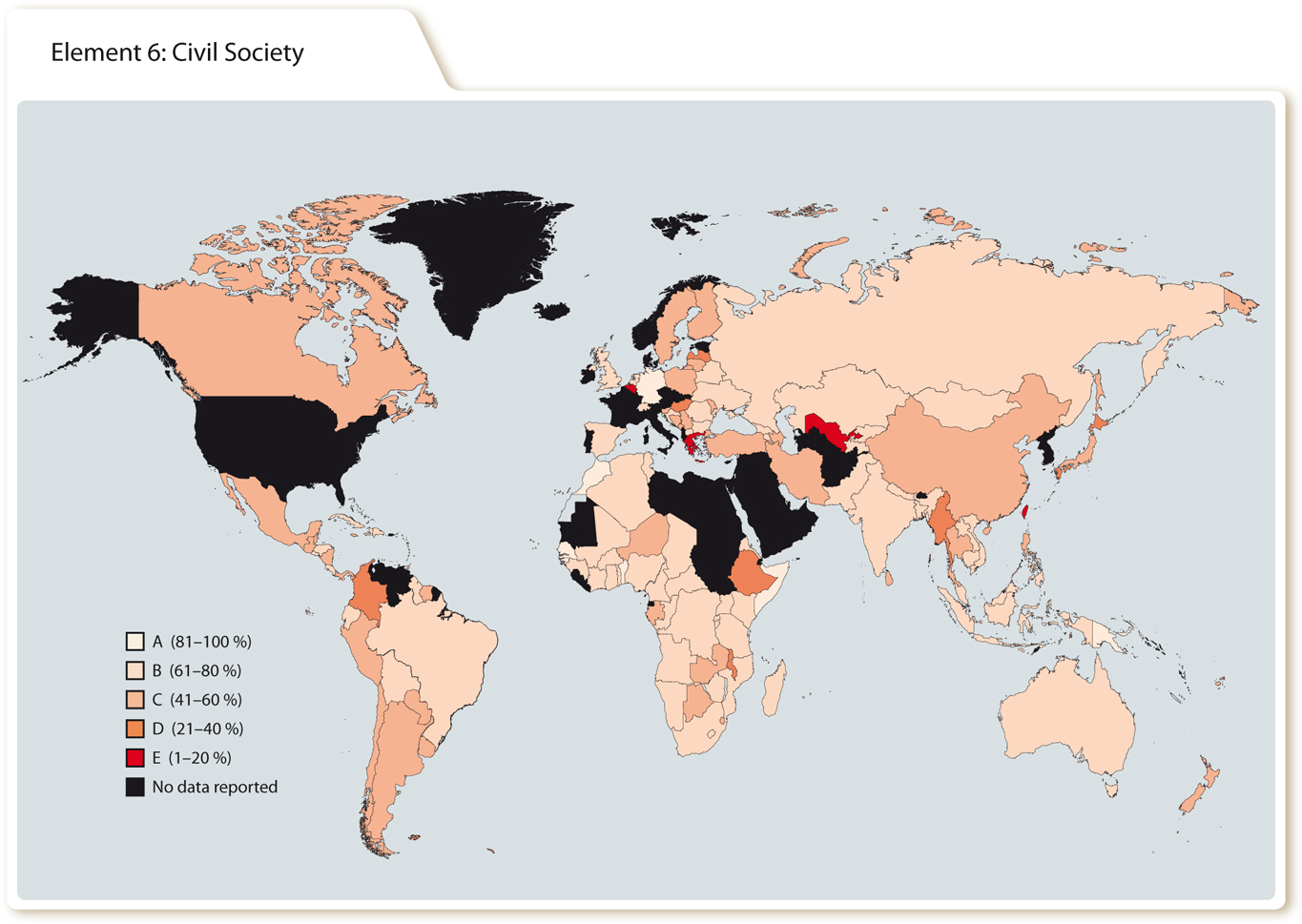 This element captures the extent to which civil society actors are able to play an active role in the response to AIDS. The element is based on 32 questions included in the UN reporting process, some of which are answered by government and some by civil society representatives. The questions reflect the extent and quality of civil society participation in policy formulation, implementation and monitoring.

The relatively high mean score did not vary significantly on the basis of country income levels or type of epidemic. While this would indicate that civil society participation in the response to AIDS has been widely accepted, the singular element score hides some discord between what is reported by government and what is said by civil society stakeholders in some countries.  The reporting process also does not assess the extent to which civil society participation represents a broad spectrum of political affiliations and public interests.