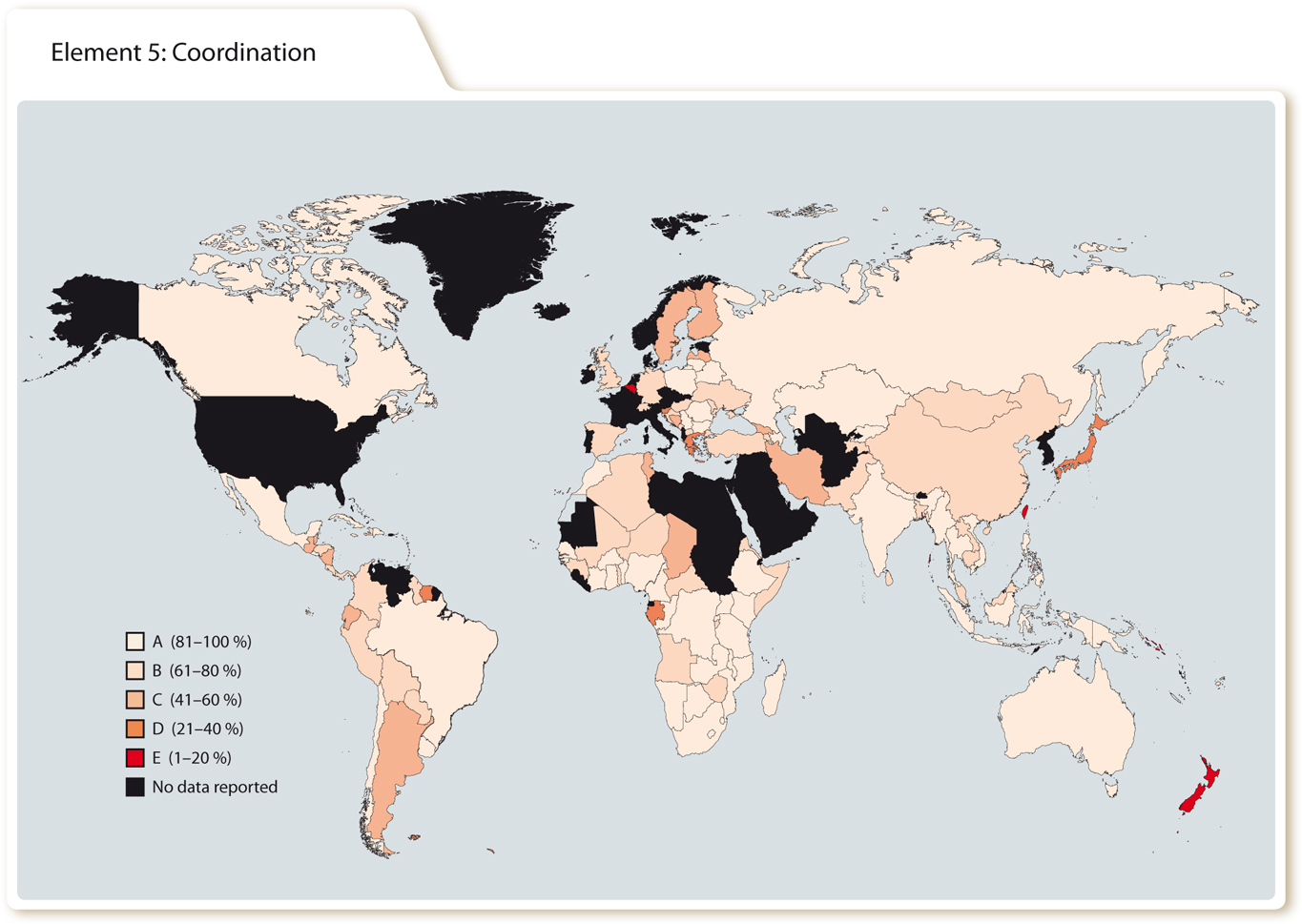 This element is based on 64 questions included in the UN reporting process.  It captures the extent to which countries coordinate their responses through the so-called ‘Three Ones’ approach: one agreed national HIV/AIDS action framework that provides the basis for coordinating the work of all partners; one national AIDS coordinating authority, with a broad-based multi-sectoral mandate; and one agreed country-level monitoring and evaluation system.  While such coordination is considered essential to an effective institutional response to the epidemic, the element does not tell us anything about the efficiency of those institutions.

On this element, the countries gave themselves the highest overall mean score of all elements.  Countries with generalized epidemics gave themselves the highest grade of all – close to a full score. High-income countries are, again, the worst at reporting on this element and have the lowest mean score. Given that a good monitoring system is included in the score for this element, one would expect an association with a strong score on data collection (element 1).  This, however, is not the case, implying that the institutional arrangements in place may not be so effective.

While the data suggest that countries have taken on the ‘Three Ones’ approach quite well,  reporting on this element may be particularly susceptible to political bias for two reasons. Funding is to some extent conditional on the adoption of this policy blueprint, and this element is the clearest example of governments commenting on their own institutional structures.