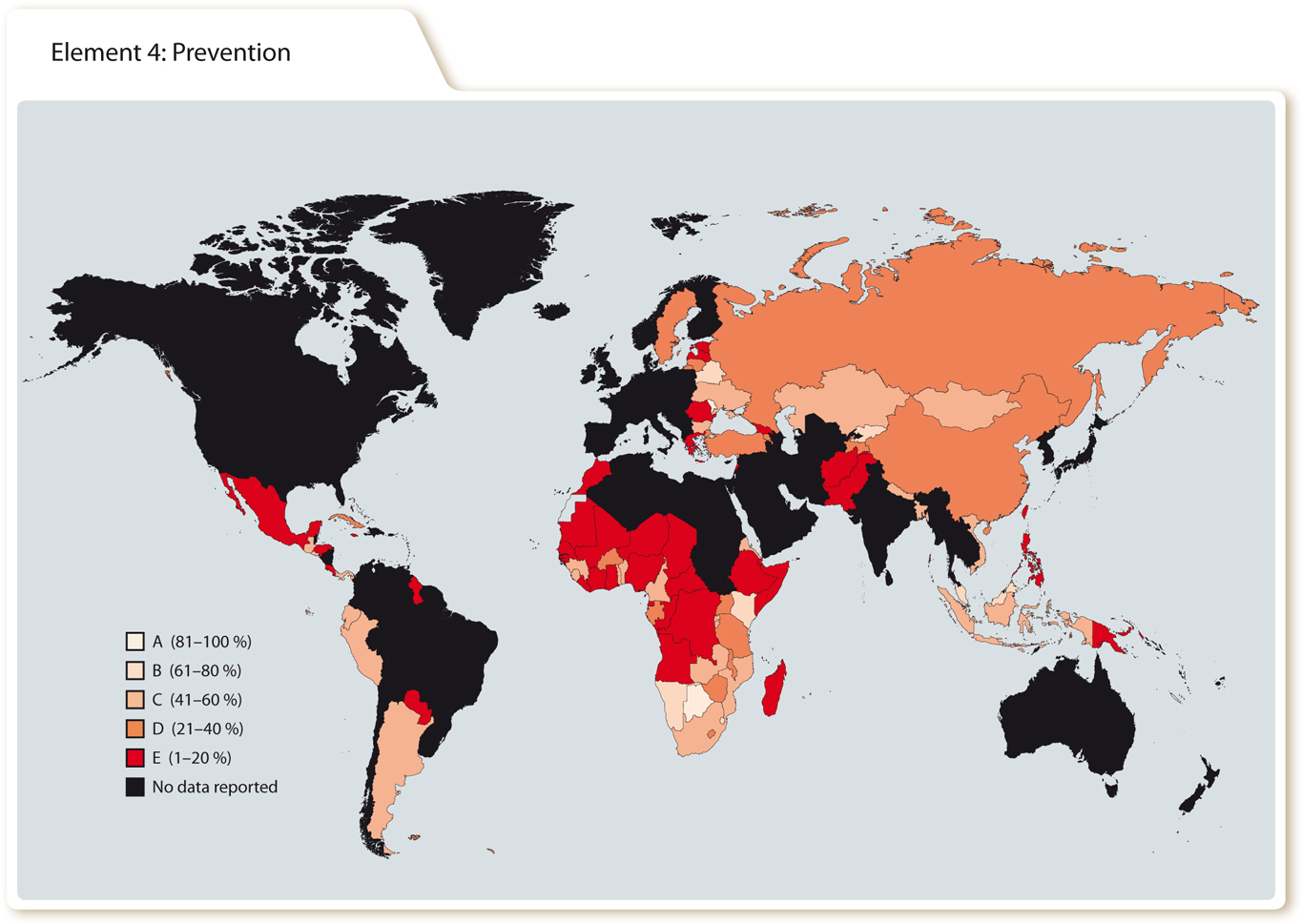 The only relatively strong association for this element is with ARV coverage (element 3) in generalized epidemics. This would appear to reflect global policy recommendations that strong treatment and prevention policies should complement each other in an effective response to AIDS, especially in countries with generalized epidemics.