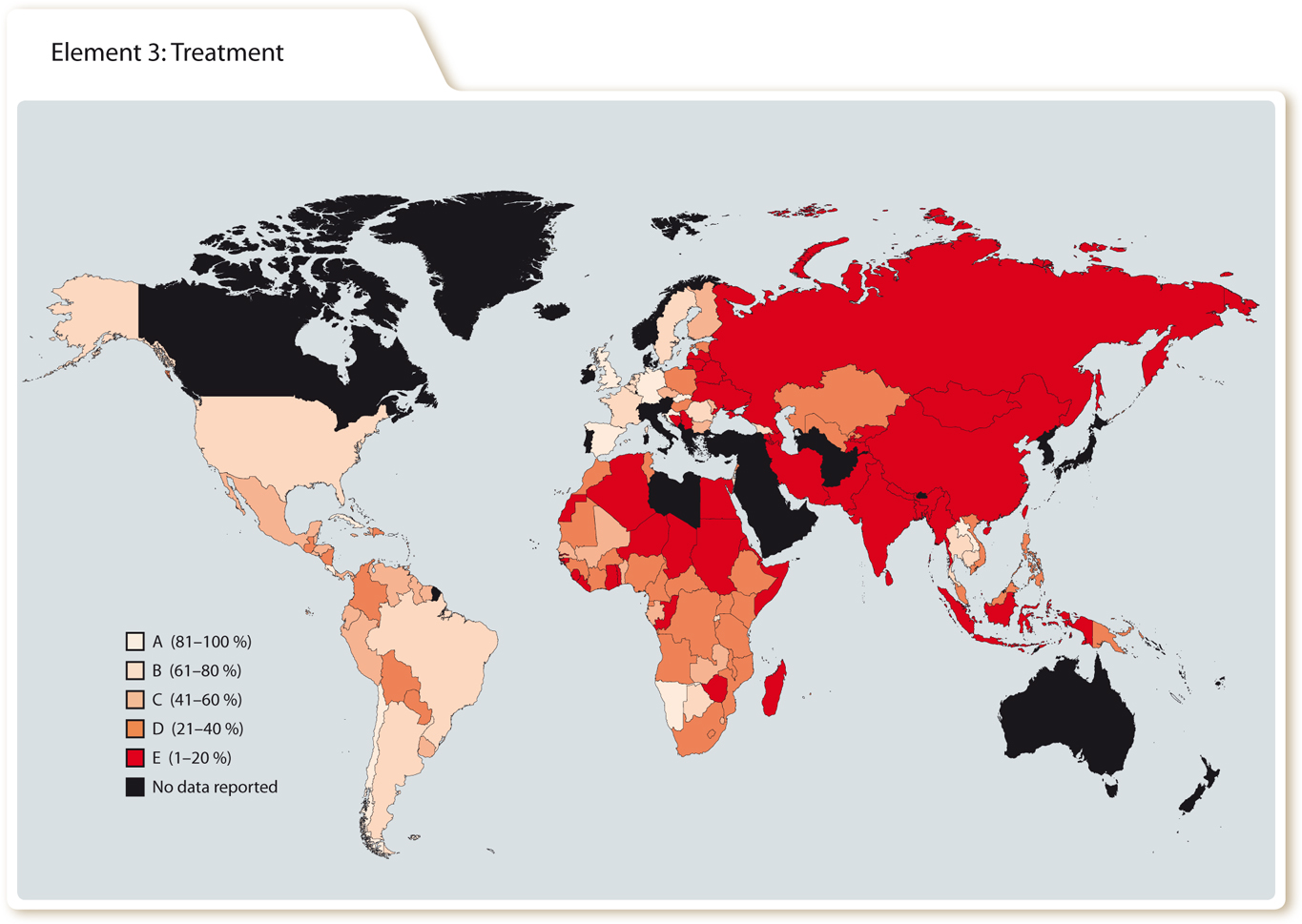 The coverage of anti-retroviral (ARV) treatment is measured as the number of people in advanced stages of HIV infection who receive treatment as a percentage of the estimated number of people in need of such treatment. This is one of the most commonly used indicators of the quality of country responses to AIDS.  ARV treatment may prolong life for an HIV-positive person by several years, if not decades.  Marginalized, vulnerable and least-well-off populations, however, often have less access to potentially life-saving treatment.