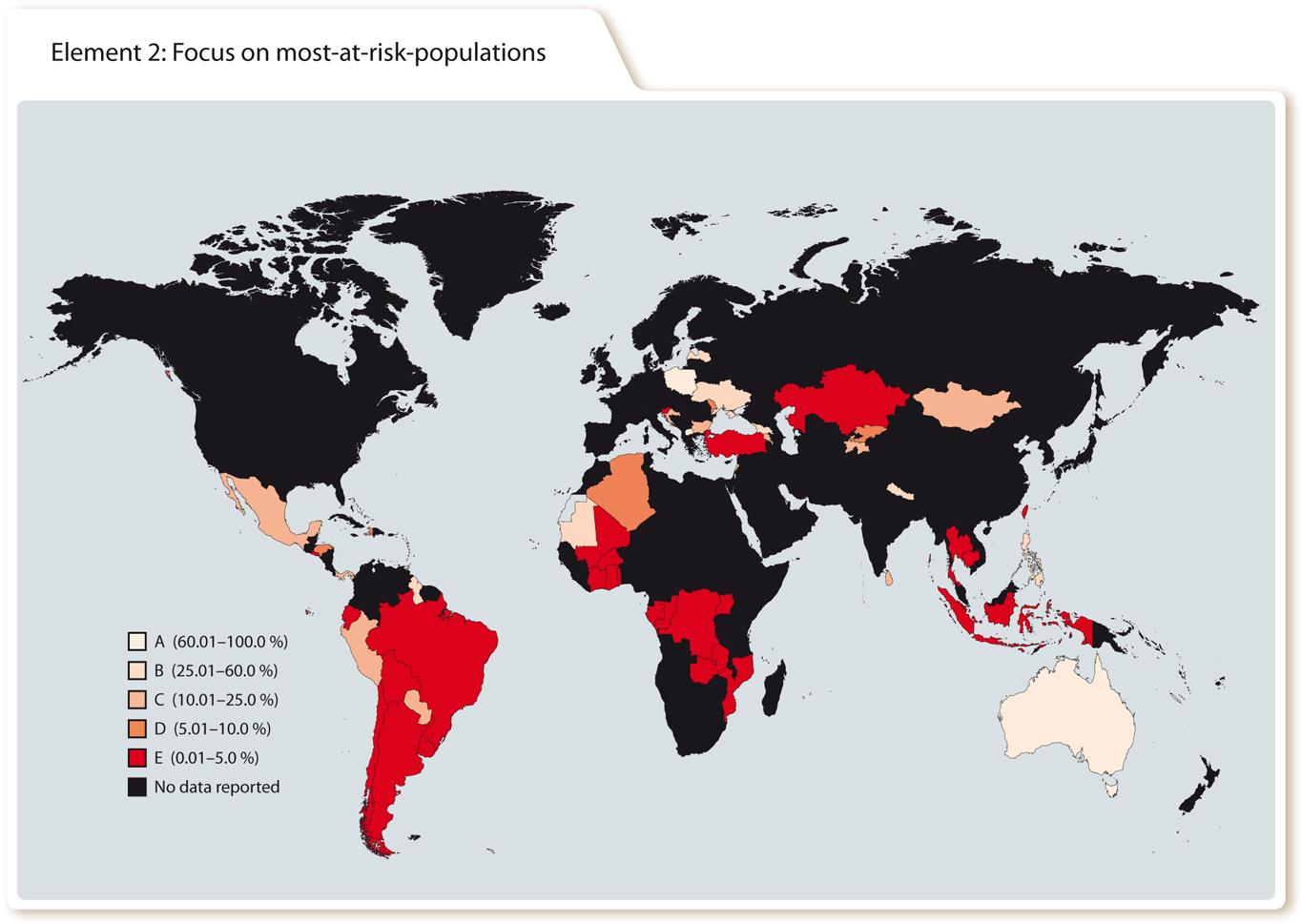 This element captures the share of total funds for AIDS that was spent on prevention efforts directed at most-at-risk populations, such as men who have sex with men, injecting drug users, and sex workers. These groups are often marginalized and discriminated against, and are not as central in the response to AIDS as they should be. Whereas countries with generalized epidemics are not required to report on this aspect of their response, they are encouraged to do so (and 11 of those countries did report).

The main finding under this element is that a large majority of countries fail to report any data at all on prevention efforts directed at the sub-groups in the population that are particularly vulnerable to HIV infection. This may indicate a lack of respect for the human rights of individuals in these groups, as well as a lack of understanding of how HIV may spread from these groups into the general population.