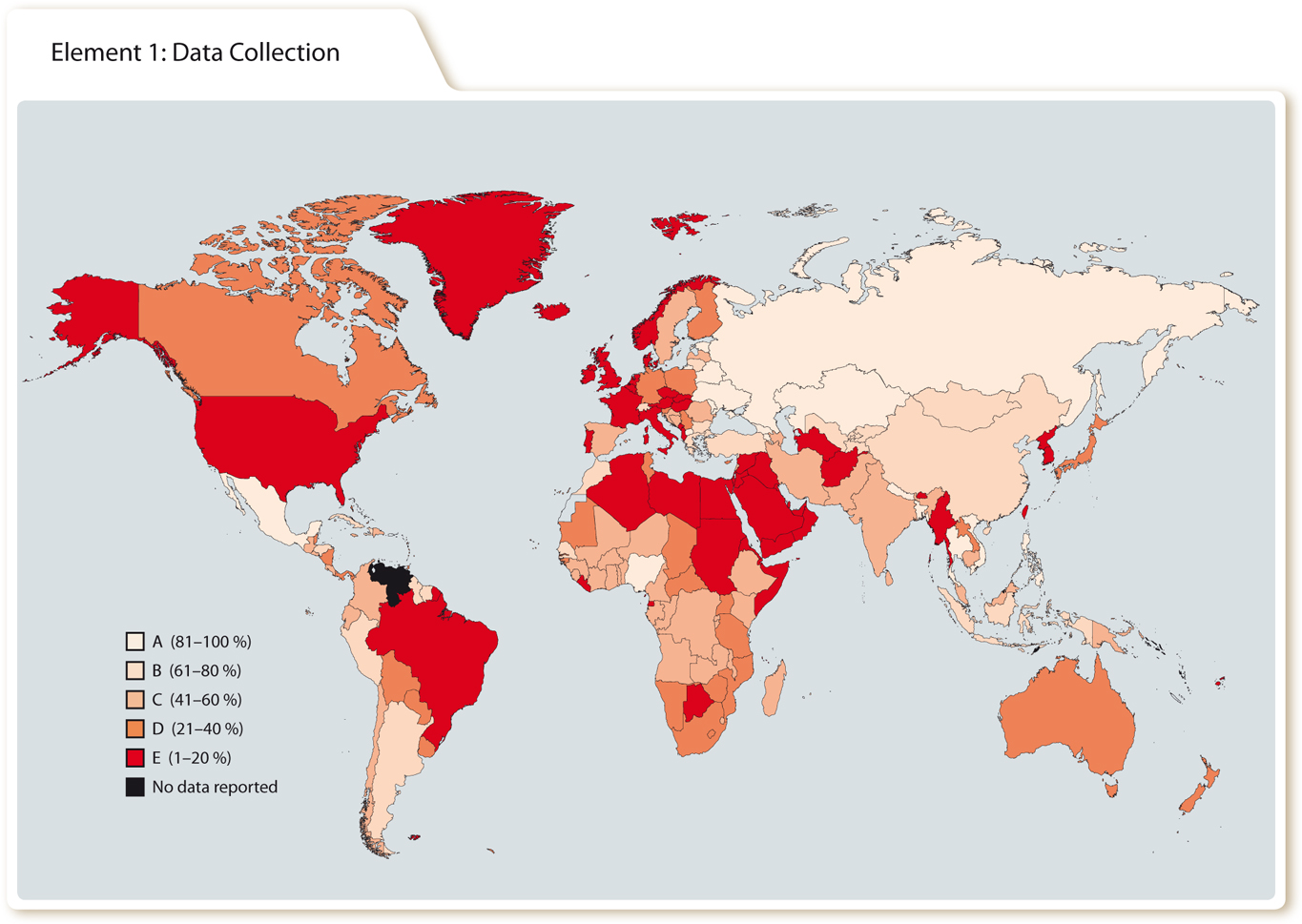 This element reflects the amount of data countries reported on key epidemiological indicators, such as HIV prevalence in the general population as well as among most-at-risk populations. It also tracks the extent to which behavioural indicators, such as HIV-related knowledge, sexual behaviour, condom use, and injecting behaviour, are reported. The scores on this element reflect the extent to which countries have heeded UNAIDS’s call to ‘know your epidemic’.

The mean score varies for different sub-groups of countries. High-income countries have a lower score than low-income countries, which suggest that they are worse at monitoring and/or reporting on the fundamentals of their epidemics and their responses.  Countries that face more problematic types of epidemics appear to spend more effort on monitoring and reporting.  Countries with concentrated epidemics have the highest score followed by those with generalized epidemics.

The high number of countries reporting on this element suggests that the large majority of countries do monitor at least some fundamental aspects of their respective epidemics. However, the relatively low scores achieved overall show that this monitoring and reporting to the UN is far from satisfactory.  Most countries do not appear to know their epidemics as well as they should.